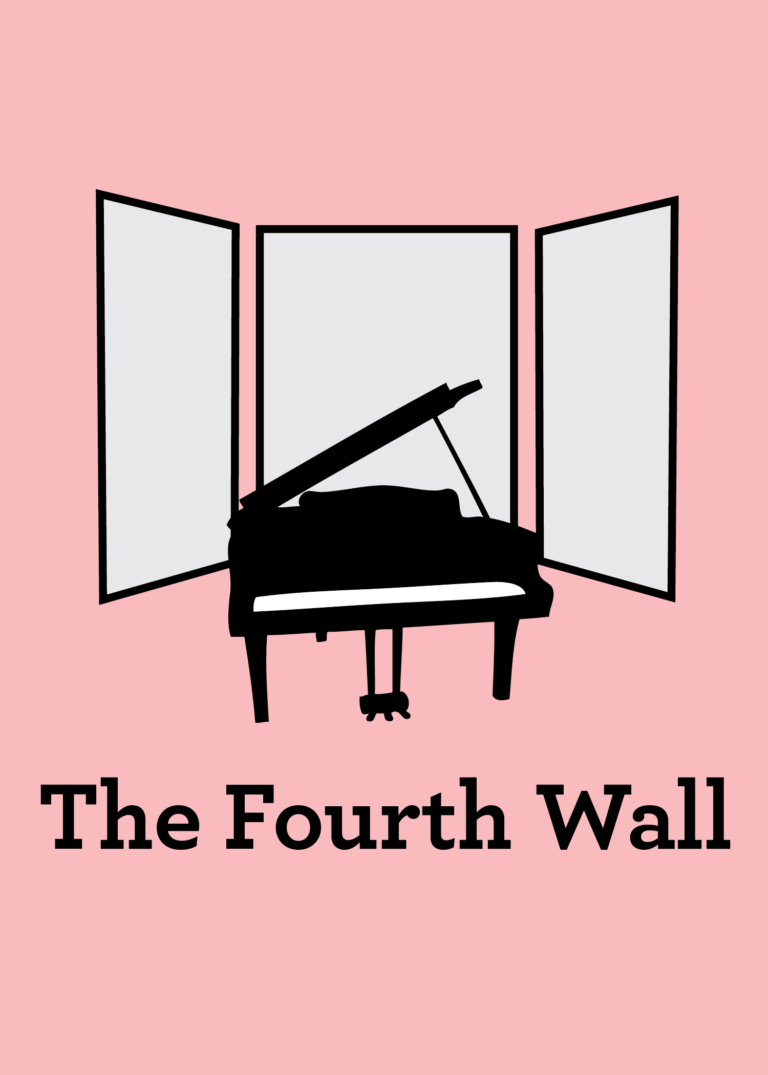 
Peggy has become obsessed that her life is a play, and has redecorated the living room with one wall completely blank, the “fourth wall,” representing the “audience.”
Her delusion is compounded when everyone entering the room behaves as if they were acting in a play, even belting out Cole Porter songs accompanied by the pianist in the room! A delightful, absurd comedy. 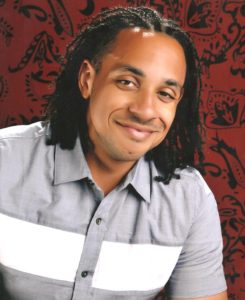 Durell is proud to be making his Old Academy Players debut in The Fourth Wall. He has been involved with the theatre and acting for about 17 years now and considers himself quite the musical theatre geek, this is actually his 1st straight play in 10 years.  Some of his favorite rules include: Ritchie in A Chorus Line; Hot Blades Harry in Urinetown; and Wickersham Brother in Seussical. He wishes to thank both his family and church family for their continued love and support. 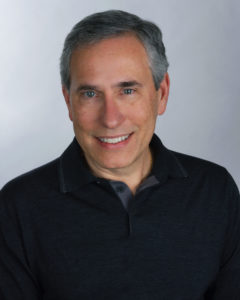 Elliott is most pleased to be on stage again at OA.  He has appeared in The Countess, An Empty Plate at the Café du Grande Bouffe, the One Act Festival and Holiday shows.   Other plays include Prelude to a Kiss (Drama Group),Clever Dick and The Mousetrap (Stagecrafters), The Seagull and When She Danced (Allens Lane).  Musical performances have included the Savoy Company and Concert Opera Philadelphia.  Love to Elissa. 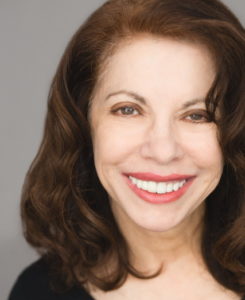 Michele is delighted to be back at Old Academy for the third time in this unique and funny play. She has also worked at Playcrafters of Skippack, Footlighters of Berwyn, Players Club of Swarthmore, King of Prussia Players, Society Hill Playhouse, Theater Center Philadelphia, Plays and Players, Allens Lane Art Center, Grendel’s Lair,  Walnut St. Theater, and Off-Broad Street Theater (as well as several dinner theaters).  Favorite roles include Amanda Wingfield inThe Glass Menagerie, Sister Aloysius in Doubt, Bev/Kathy in Clybourne Park), Bessie Berger in Awake and Sing, Polly Peachum in The Threepenny Opera  and Luisa in The Fantasticks.   Thank you Annie for the opportunity to play a woman after my own heart.

Sarah recently performed the role of Sonia in Vanya, Sonia, Masha and Spike” at Old Academy , and directed Writing Day in this summer’s One Act Bonanza. Previously seen at OA as Betsy in As It Is In Heaven, other recent acting credits include The Golden Coach (Rosita) at the Stagecrafter’s Theater, and Quake (That Woman) at Allen’s Lane Arts Theater.  Earlier stage credits include: Hot L Baltimore (April Green) and The Lover (Sarah) with the Philadelphia Repertory Company. Film work includes appearances in the Netflix series House of Cards, Indie film Slow Learners, and lead roles in various web series and local commercials. NYC experiences include solo cabaret performances, and three years with Shadow Box Theater as storyteller, puppeteer, musician, dancer.  Sarah trained with Mike Nichols, George Morrison and Paul Sills at the New Actor’s Workshop (NYC), and received a BFA from NYU studying at the Stella Adler Conservatory and David Mamet Workshop. Love and thanks to family and friends for so much support and encouragement!

Annie is thrilled to return to the Old Academy Players director’s chair.  She studied Music Education at West Chester University and Opera Performance at the Academy of Vocal Arts.  She has been active in theater, opera and concert singing for over 25 years.  Her favorite roles include, “Musetta” (La Boheme), “Anna Maurant” (Street Scene), “Ms. Jones” (How to Succeed in Business Without Really Trying) and “Peppermint Pattie” (You’re a Good Man, Charlie Brown).  She frequently performs with the Pennsylvania Lyric Opera Theater and the Star Players of Philadelphia.  She had the privilege to perform the role of “Erzulie” (Once on This Island) for the official opening of the Venice Island Performing Arts Center.  She would like to thank her husband and mother for their continued encouragement.

Steve is ecstatic to once again be teaming up with his lovely wife Annie.  Steve produced You’re A Good Man, Charlie Brown, Godspell and the last 3 holiday shows.  He recently made his on-stage debut in The Producers with the Star Players of Philadelphia.